The kinky cleaner with a dirty mind

They ferret their way into your mind, take hold, then refuse to let go.

Once they’ve taken hold they become trapped, then they perpetually rattle around reminding you that they’re there, demanding your attention like a petulant child.

I couldn’t answer him at the time… and I still can’t.

I was cleaning at his house today and I was thankful I didn’t see him –  I guessed he was at work. And yet for all intents and purposes he might as well have been there.

I couldn’t get it out of my head.

Perhaps if he had been there we might have talked, however, I’m not sure that would have helped, and it might have been painful for him especially as he admitted to liking me last time.

There is no doubt in my mind that Steve is a good man. He cared for me when I had a meltdown about my mum.

Whereas Richard was really quite insensitive and self-absorbed.

Yes, yes, I know you can argue that Richard had something on his mind and that he’s not psychic, so he wasn’t to know I was feeling vulnerable. Nevertheless he didn’t notice I was struggling…

…and yet Steve did.

But, did Steve just want to get into my pants. Was he playing his sensitive card with an ulterior motive?

All I really know is this…

I feel better fucking him than I do fucking anyone else.

The others are fun, like sex should be. But I don’t feel any romantic attachment to any of them. Well… maybe a little bit towards… Actually no! No. Not even him.

I don’t think it would have been fun with Steve at the time, but it would have felt comforting, and in reality Richard and I are not an item.

I’m not committed to him, nor anyone else for that matter.

So why shouldn’t I try it on with Steve?

I know I wouldn’t try again, especially now he’s admitted to having feelings for me.

That would just be cruel.

And I’m no cruel bitch.

Even though men just fuck you about anyway.

2 thoughts on “Steve 3 – Men, the fuckers drive you insane!” 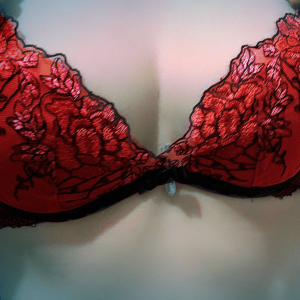 Hello, my name is Carla and I clean houses for a living.

Now I know it doesn’t sound thrilling – house cleaning – nope, that’s not thrilling at all.

The thing is, I’ve always had other appetites, and I’ve found that through cleaning work I can satisfy them, have a little fun and, make a living at the same time.

Use the Social Media links above to follow me and we can have a more interactive experience.